TRADELABOR has more than 20 years of experience in the control and treatment of air, working with an experienced and qualified technical staff and with the most advanced technology in this area, which together guarantee the quality of the services provided.

New Commish
The meeting began with the swearing in of new Commissioner James Nindel. This is Mayor Matas’ appointment to replace Dirk Voss. Mr. Nindel’s application for the position tells us he has lived in DHS for only 9 months. He retired from USAID’s Office of Procurement. He has not been on a city board in any city before now. He moved here from St. Augustine, Florida. He said in his cover letter “I believe that DHS should demand (through code enforcement) that boarded-up windows be immediately repaired and bars taken down and replaced with electronic security systems. The trash on vacant lots between buildings on Palm Drive should be picked-up by the land owners and businesses.”

Amendment to the CUP for Snider Cannabis Cultivation Facility

The CUP was originally approved in November 2015. They want to convert 854 s.f. of their operations that were previously a secure storage room and a packaging room to a distribution area. This should not make any difference in their tax payments to the city. The address of the property is 13310 Little Morongo Road, the place with a lot of greenhouses. 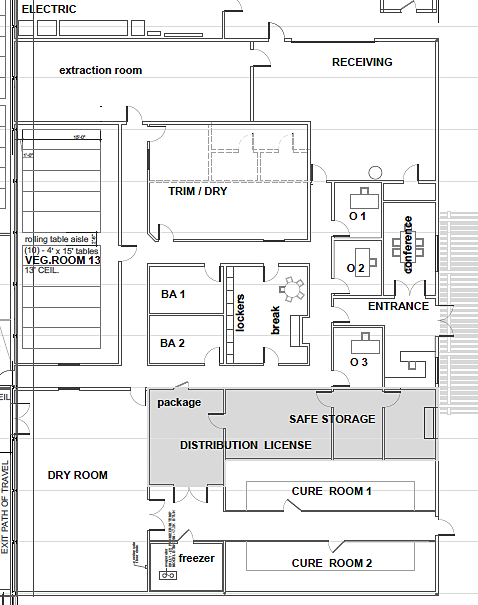 After no testimony and no discussion at all, the amendment was approved unanimously.

If I understand correctly, the Planning Commission has final say on CUPs for marijuana businesses, so this decision does not have to be approved by the city council.

Amendment to the CUP for Maraparm DHS California

Maraparm DHS California wants to increase the size of their proposed facility from from 20,664 s.f. to 21,697 s.f. and to rotate the building to take better advantage of the sunlight. Their facility will be located on 15th Street (currently dirt) between Little Morongo and Cabot Road (also dirt there). Their CUP was originally approved in September 2017.

The cultivation area of the building will be 17,360 s.f. and will generate $218,600 in cultivation tax revenue annually for the city.

The facility will be on septic until sewers are put in there, but the septic itself is only for ordinary waste. Wastewater from cultivation itself has to be contained separately and not put into the ground.

After no testimony and extremely little discussion by the commissioners, approved unanimously.

Here is an interesting item, finally. Harborside, the very well known cannabis business in Oakland, will be running the dispensary to be built behind the Arco station at Palm Drive and Paul Road, next to the I-10 interchange. Their CUP was among the very first approved in the city, and it’s taken quite a while to get to this stage.

Founded in 2006 by Steve DeAngelo, Harborside is the most respected and largest cannabis dispensary in the United States. Harborside has over 200,000 registered consumers and was first in the nation to support education for seniors, veterans and families with severely ill children; first in the country to offer CBD-rich cannabis; and the first to treat children with Dravet syndrome. Harborside continues to set an example of diversity and compliance, and is one of the prime advocates of diversity, sustainability and economic justice in the industry.

The sign will display Harborside’s logo only, shown below. No green cross; no marijuana leaf.

The overall proposed height is 70 feet. Harborside proposed a 200 s.f. sign rated to withstand 160 MPH winds. City code would require only that the sign withstand 130 MPH winds. The usual height limit for a sign of this type in DHS is 25 feet and the maximum sign area limit is usually 125 s.f. So, Harborside is asking for a variance to allow this sign. A monument sign and the sign mounted on the building were also included in this package. The neighboring Arco sign is 49 feet high and 156 s.f. The Arco sign is further from the highway than the proposed Harborside sign, so the bridge there does not block the view of it. The Harborside sign needs to be higher to avoid being blocked by the bridge.

In the site plan shown below I’ve highlighted I-10 at the lower left as well as the two possible sites for the sign (“Second Choice” won out). Paul Road runs left to right across the top of this image.

City staff had proposed reducing the sign size to 160 s.f., but the developer said that it takes so long for a sign like this to be made, they have already ordered it at 200 s.f. The difference in size is not great and if the city insists on the 160 s.f. sign, there will be a delay for some months and extra expense for the developer. It takes 14 weeks from the time it is ordered for the final sign to be delivered. The dispensary’s owner said they had done a survey of signs along interstates and 200 s.f. was the biggest they saw, and they saw a lot of them. The sign costs nearly $100,000. He expects 80% of their business to come from those who do not reside in DHS.

A motion was made to approve subject to moving the sign back away from the highway to the “Second Choice” location as shown on the site map above, and keeping the 200 s.f. sign. Approved unanimously.

Ryan Fingerhut from High Road Consulting Group rose to comment in favor of this ordinance. He added, however, that the city also needs to revise their ordinances to permit testing facilities in the commercial zones.

Moved, seconded and approved unanimously with no changes.